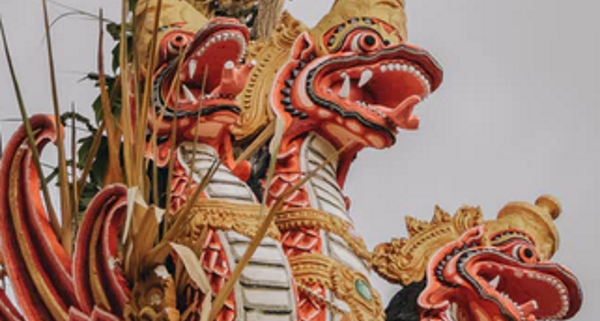 Sometimes our perpetrators are angels in disguise… whose mission is to give us an awareness of our indominable spirit and unbounded inner strength.

I have come to think of my perpetrators as dragons. And myself as a dragon slayer. Here’s how I slayed mine.

How many times have you been the victim of someone else’s viciousness? (Or thought you had)

I mean, you don’t have to count, but there must be two or three major emotional traumas you suffered at the hands of others.

I’ll share a few of my personal dragons. Maybe you can relate.

never gave me the love, nurturing nor attention I craved as a child. So I acted out so that they couldn’t avoid me! They labeled me as rambunctious. Then a child psychologist they sent me to gave them a better label – “incorrigible”. Later in life, a former teacher labeled me as “precocious” (whatever TF that means).

Once the psych tagged me as incorrigible (around age 10), my parents found an orphanage where they could drop me off, and presumably wash their hands of me. I recall sobbing at the door of the orphanage, a nun holding my hand, as my parents drove away. I had no idea if I’d ever see them, my brothers and sister or friends again. I cried myself to sleep every night for about a week or two before I scaled the fence and somehow found my way back home. The orphanage wouldn’t take me back. Perhaps they decided that a young boy is better off with his natural family than alongside true orphans.

When I was age 13 my parents managed to get me committed to a “children’s psychiatric hospital” about 60 miles from home where they could drop me off and not be so concerned with me breaking out. I was in there with some real nutcases – including one big kid who took pleasure in taking my head in his hands and bashing the back of it against a wall at least once a day and laughing hysterically about the pain I experienced – to the point of tears.

I scaled a (much higher and more dangerous) fence at that one, too. The night I escaped I slept in the restroom of a 24-hour laundromat. I had a roll of toilet paper as a pillow; and no idea how I was going to feed myself or where I would live going forward. Long story short, I turned myself in. The hospital eventually said I really wasn’t psycho like their other kids. They wouldn’t take me back; and told my parents to deal with it.

was attractive and seemed to like me. I overlooked the fact that she was a chronic depression case. Maybe I married her because I couldn’t read the symptoms, or had the thought I could make her happy. I suspect my inner voice told me that if I married her she would give me the love and nurturing I never got from mom.

That never happened. When we started having kids she was pulling her hair out every day when I came home from work. She’d already punished them for their normal kid behavior; and told them “wait till your father gets home!”. She made clear my role was to spank them. (And I did, I’m sad to say). I became more than a little worried that I was beginning to take my anger toward her out on my kids. I later divorced her, choosing to distance myself from her depressive moods.

I had a boss who regularly overrode my authority with my staffers – going directly to them to give them direction that conflicted with my own. It caused my team to be repeatedly late with project deliverables. The blame, of course, fell on me. When my self-esteem began to mean more to me than my job, I confronted him with it. He fired me.

I moved cross-country for a beautiful, sexy girlfriend who “rescued me” from my family. We both left our marriages after we met. She later dumped me for another man, all the while denying that she’d been unfaithful to me. Right. I was halfway across the country from anyone who could have supported me, and went into a deep depression that nearly led to me taking my own life.

This is just scratching the surface of those I viewed as my perpetrators, my oppressors. My dragons. I carried grudges and spite for each of them for many years.

The three ways I slayed my dragons

1. I quit viewing them as perpetrators.

I came to view each of them as someone who was doing the best they could, given their own history and level of consciousness at the time of the interactions that distressed me. I came to understand that no matter how much negative energy I carried about them, they weren’t suffering – only I was. I came to realize that changing me and my thoughts about them was the only way to release the stuck energy I’d carried for years.

2. I learned about myself

I learned, through sessions in which I regressed back to the point of the original hurts, that I had been carrying some negative, untrue messages about myself as a result of the interactions with my parents. And they negatively impacted every relationship, as seemingly unrelated events suddenly triggered the messages for me. When they did, I withdrew further from the situation at hand.  I had taken on a couple of messages in particular (which I later discovered were pretty typical among many people):

I’m not lovable. My five- or ten-year old self couldn’t understand that his parents were busy. That they had other roles and responsibilities beyond giving loving and nurturing attention to one of their several children. And, because that little boy didn’t understand and couldn’t verbalize his needs to his parents, he just blamed himself: “I must not be lovable”. That deeply hidden subconscious message brought trepidation and fear into every meaningful relationship throughout life.

You will abandon me. My 10- and 13-year old felt essentially abandoned by his parents – first at the orphanage, later at the psychiatric hospital. Why? Well, because I was unlovable! Duh! How many times this was triggered in my primary relationships – over and over! And my response? Close down my heart a little bit more each time to avoid being hurt by being abandoned again, once they discovered I really was unlovable. Until the point that I decided to end the relationship to avoid being abandoned by yet another perpetrator.

Once I discovered these self-sabotaging messages I began the process of releasing them. That didn’t happen overnight. It didn’t happen in one session, or five. It took a period of years of awareness that they existed; noticing when they showed up; and choosing to react from a place of emotional maturity rather than the wounded little boy. (In addition to a whole lot of rolling around on the ground and sobbing during energetic release processes).

I came to see that my parents, my wife, my girlfriend, and my boss were doing the best they could do at the time, at their level of consciousness. Just as I always had done my best, with not always positive results for those near me. I never meant to hurt anyone, but it’s clear they were hurt by my words or actions. Maybe my perpetrators never meant to hurt me, either?

I began to understand that I viewed them as perpetrators not so much for what they did, but because of the thoughts I made up about what they did – “to me”. And therein lies the rub. My thoughts were that I was always the abused one. Their victim.

And who was suffering with all this?

Not them! The only one suffering was me – because I had taken on the role of the abused, the victim – and held onto that vitality-sucking energy for years.

When I realized I had been carrying around these burdens, there was only one thing to do in order to recover my self-esteem – release them. Forgiveness became the perfect container for this process to take place. In that process I stopped being their victim – which automagically released them for the role of my persecutors.

Note that in each of these cases, the process was entirely mine. I never had contact with any of them during my forgiveness processes – my parents had passed; and there was no reason to communicate with my depressed ex-wife, ex-lover, or my former boss. I could have; but it wasn’t necessary for the process.

The only thing necessary was to re-form my thoughts about our roles; and essentially let them off the hook for any responsibility for the grudges I’d been holding. They were my grudges – not theirs. I was the one carrying the burden – not them.

So there are the three ways to slay your dragons:

Chapter 6 of Upgrade Your Lifestyle: 10 Keys to Unlock a Steady State of Happiness is all about how to forgive others. Chapter 7 is about identifying and releasing your self-sabotaging inner messages. Buy it in paperback at Amazon; or download it at no cost HERE.

Want to join the discussion?
Feel free to contribute!